Introduction To Micro Frontend. Part I 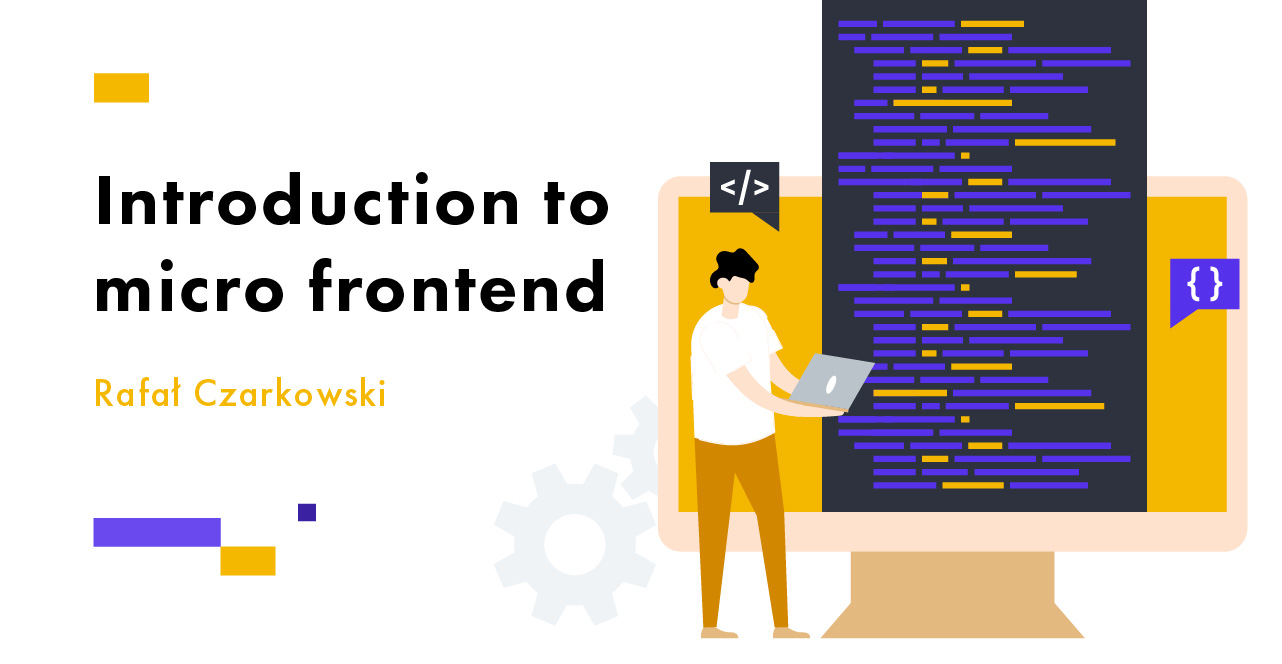 Micro frontends are small web applications that are broken down into components or functions that work together to provide a larger application.

If your project is small enough and supported by one team, the better solution will be to choose a monolithic SPA architecture and use one favorite framework such as Angular, React, Vue, Svelte etc. to build the presentation layer.

If the project starts to grow or several teams will work on it, it is definitely worth taking an interest in the micro frontend solution, which will facilitate the work and coordination of micro-projects by individual teams. Each team, according to the project specification, can use a different preferred framework.

Teams can have their own functions and components, work in their own code base and use their own dependencies in the project, release versions independently, constantly deliver small, incremental updates.

When using a micro frontend solution, we must also remember in what contexts they are most beneficial.

Martin Fowler defined Micro-Frontend Architecture as “an architectural style in which independently delivered frontend applications are assembled into a larger whole.”

Also, remember that everything has its advantages and disadvantages.

Choose solutions to the needs of the project carefully.

2. Theory in application, what problems it solves, micro frontend vs monolith SPA

Let’s look at the simplified diagram below, which will tell us a lot about the architecture of the solution and the approach to micro-applications and these components. 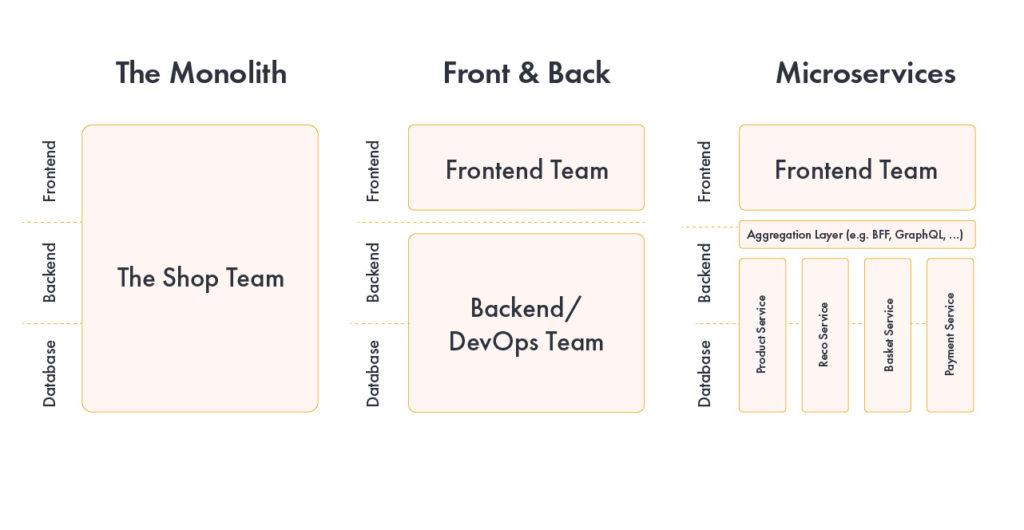 On the left, we can see the standard approach using a monolith as our application which includes a presentation layer, a data access layer, a logic layer, etc.

This is a standard approach used in small applications with the coordination of one team called Monolith.

In the middle part we see the front and back end layers.

On the right, we have an approach to the project as microservices.

We have a dedicated part of the frontend and shared access to dedicated services.

Below in the diagram, we see the approach to the project as a micro frontend. 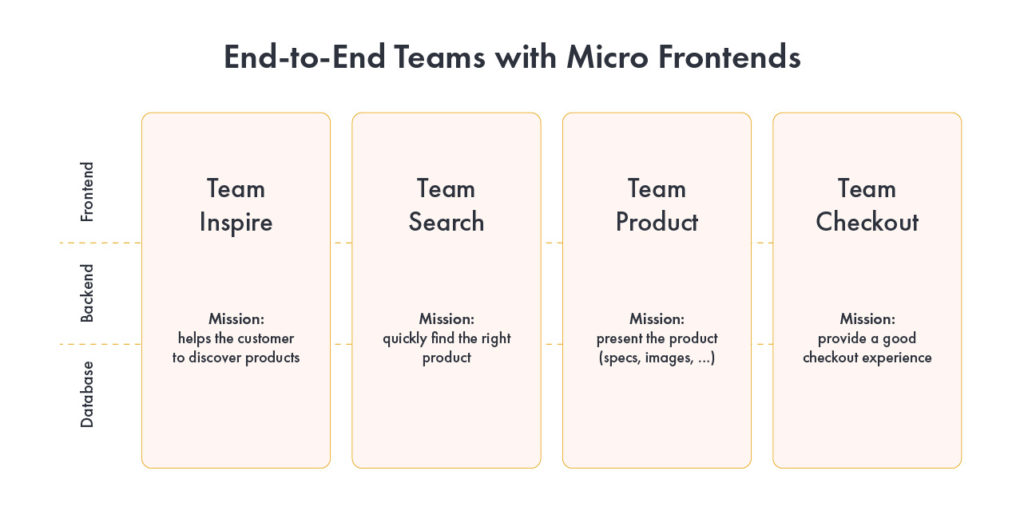 Each area is separated into a team that deals with a separate functionality, e.g. data searching or providing information from the newsletter.

The approach is great when several teams are working on a project.

Responsibility comes down to the preparation of the appropriate component / functionality that will be used in the project.

An additional advantage is the creation by teams of independent separate micro-projects that have their own dependencies and can be implemented using other javascript frameworks, e.g. angular, react, etc.

Source codes are separated into independent projects, which makes it easier to upgrade the version, update sources or replace old legacy components with new ones without interfering with the operation of our application.

So what are the advantages of using a micro frontend?

The most important ones that appear and are appreciated by the mass of programmers are:

Using the micro frontend approach, the entire main application is divided into areas that are created by independent development teams that pursue a specific business goal.

These separated areas are easier to manage, update and change.

The ability to implement a small set of functions without being dependent on other modules significantly reduces the scope and complexity of the implementation, even if another micro-application has damaged components or functions.

Independent teams working on a specific solution and focusing on a designated area for which they are responsible.

Several teams from different time zones can work on the application, thanks to the fact that the application is separated into small projects, communication with teams is reduced to a minimum.

When the application receives new functionalities, we can flexibly implement new teams that will deal with individual functions and components without affecting the work of other teams.

When creating micro applications, teams work using their dependencies in projects, which often results in a large increase in the libraries used and their duplication.

Each micro-application manages its own state.

In the traditional approach, the state is shared.

If your team needs to use shared state, you should take care of techniques that will help you encode URLs.

Micro frontends are based on the concept of independent applications.

If several teams scattered around the world with their own timezone are working on a project, problematic situations may arise, such as making change decisions in our main application. One team will want to make contextual changes to the application, which must be approved by other teams.

This can become an issue where we hate the separate micro project approach.

Each micro project has its own dependencies that the user must download for the application to work properly, and this extends the loading time of the entire application as an application

Of course, there are more advantages and disadvantages, I wanted to highlight only the most important ones in my opinion. 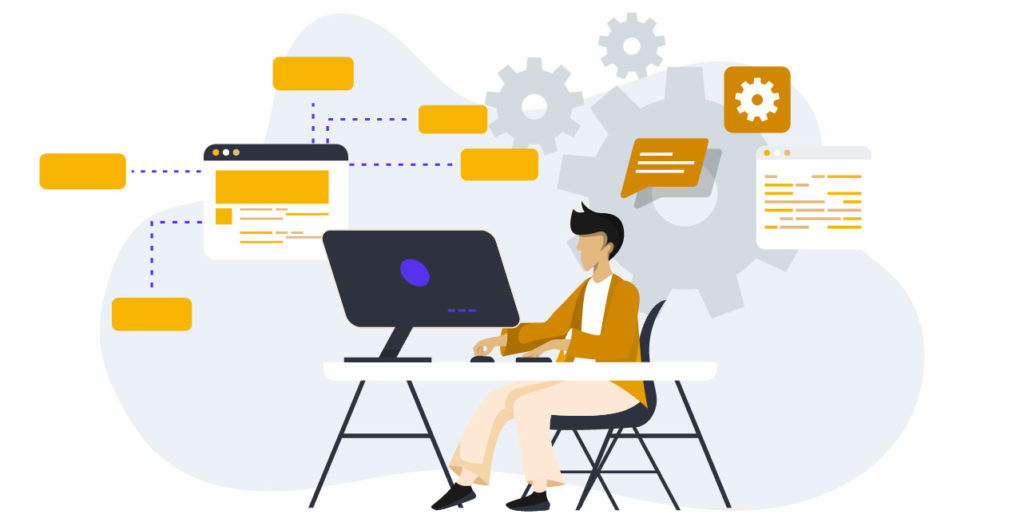 Here is a list of the most famous frameworks that already exist and that will make it easier when we are working on applications using the micro frontend approach.

Sometimes, if we want to display another prepared page, e.g. youtube or an application prepared by us, we can use the html5 iframe element.

The iframe element is used to embed external documents into web pages.

Unfortunately, such a solution is simple and quick, it may not work when we want to display another application on our website, and the external application does not allow it, then we receive the used message.

We will create a simple application that will use several popular frameworks. For example, we will use the sample single SPA framework https://single-spa.js.org/

For a simple micro frontend application, I will use the Visual Studio Code development environment(you can always use such as Visual Studio Express or a paid solution from Jetbrains.

Please remember that I will not create all the files for this example, e.g. package.json or other.

Create a new place for a project:

Installing Regular Depedencies (depending on frameworks we use react, vue)

Create a folder where we will store projects of selected frameworks

Create project files into react and vue folders like

Similarly, we generate a new project for vue

Run the start script ang go to the browser

This is the simplest possible example.

Another example to create micro frontend application is use single-spa CLI.

The installer will guide you through installing add-ons and dependencies by asking step-by-step questions.

The given entry is only a small fragment introducing you to design an application with the use of a micro frontends.

In conclusion, I want to say that we have access to many great studies on how to build modern web applications with using micro frontend approach. Remember that monolith architecture is not a bad choice.

It all depends on the specifications of the project and the team working on it, you should facilitate and simplify solutions as much as possible.

If you are thinking about building modern web applications with using micro frontend approach, please consider contacting us. We will help you choose and create the right solution for you.

Rafał Czarkowski
Over 12 years as a solution architect, technical team leader, full-stack developer, passionate about new technologies, solution architecture and long talks about the approach to programming.
Read my other articles