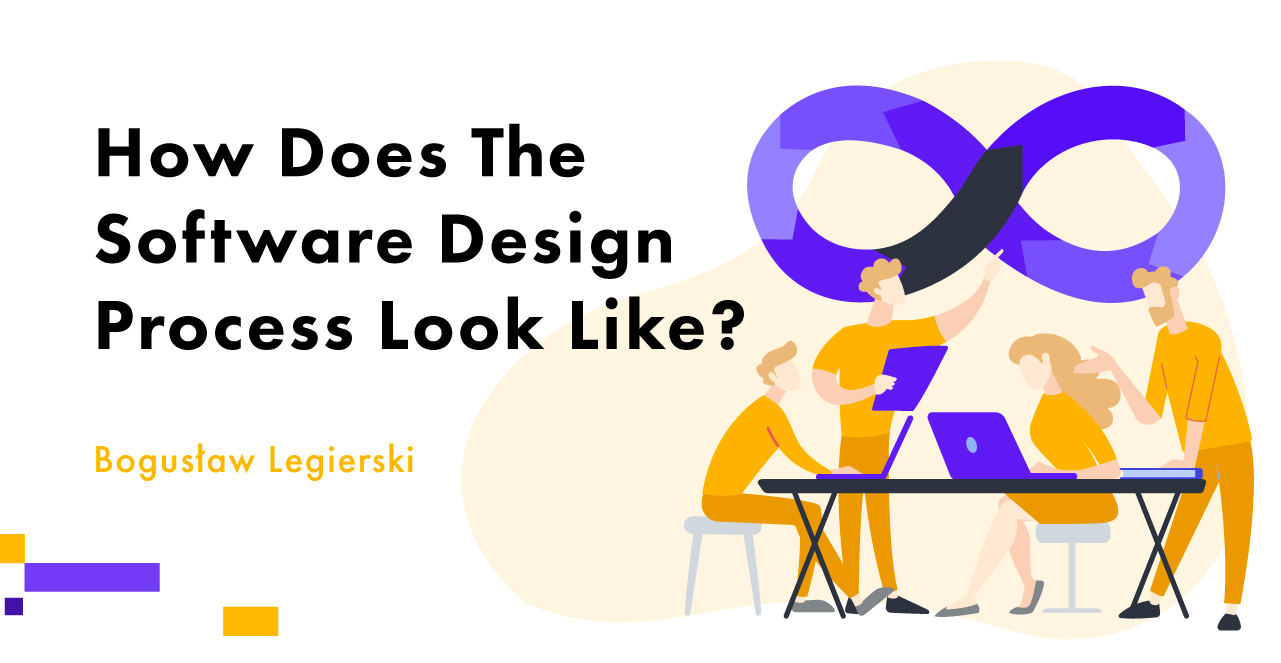 Designing is an important part of any IT systems development process. The shape and operation of the created IT system depends on it. That’s why it’s worth to realize the fact that regardless of the adopted software development model (agile or cascade / waterfall), there is a need and even absolutely necessity to devote appropriate resources and time to ensure that the system design is properly developed and documented. Thanks to this, we will be sure that our system – its software will have a solid architecture that will not collapse like a house of cards under the pressure of problems and errors. 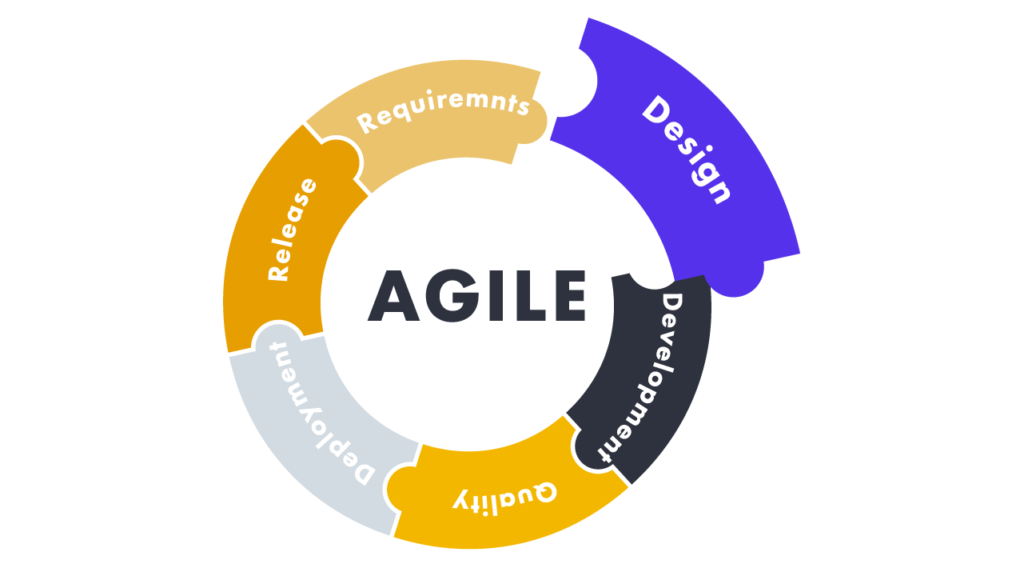 What is basics of software design?

The purpose of the analysis and software design process is:

It is also worth noting that the quality of the developed and collected requirements that we set for the IT system has a very large impact on the results of the project and, consequently, on the shape of the system being built. Therefore, giving the appropriate structure to the requirements helps in the software design of systems.

Read also: How To Prepare a Good Specification Of Requirements For IT Projects

What is basics of software design?

To talk and think about software architecture, you must first define an architectural representation, a way to describe important aspects of architecture. This description is typically found in a Software Architecture Document.

A typical set of architectural views

One of the elements of IT systems architecture that can be represented is the view sets known as the “4 + 1 view model”.

The model consists of the following views: 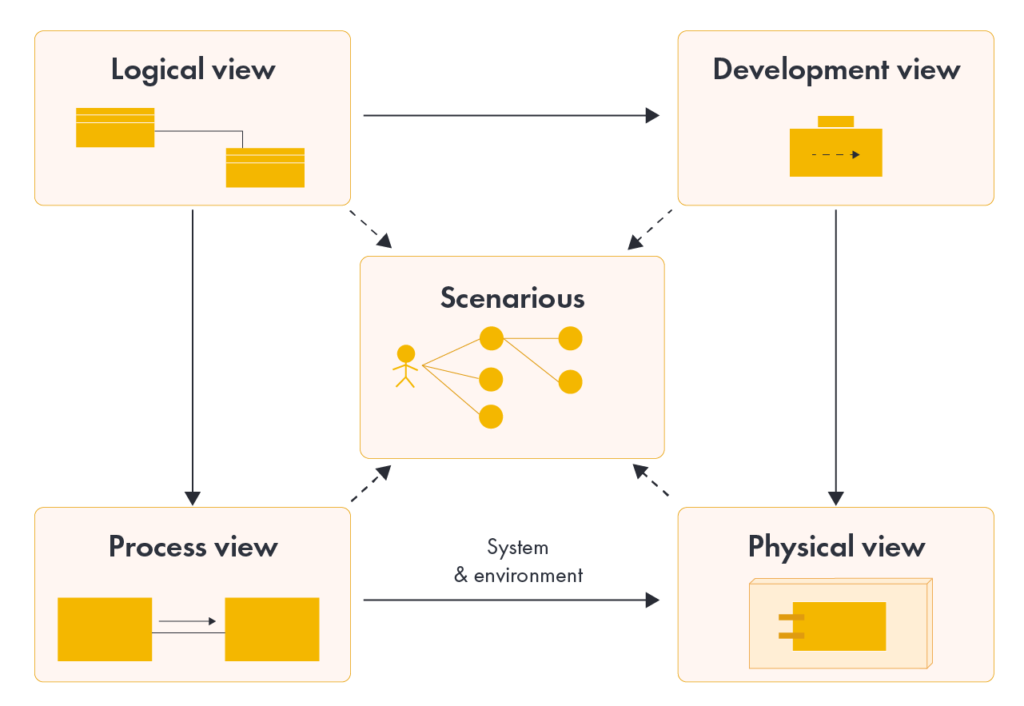 The main elements of architecture

While the above views may represent the entire software design, the systems architecture only deals with some specific aspects:

In fact, architectural views are abstractions or simplifications of the entire project, in which important features are more clearly visible, leaving details aside. These features are important when:

The graphical representation of an architectural view is called an architectural plan. For the different views described above, the plans consist of the following Unified Modeling Language diagrams:

The process of analysis and software design

In the initial phase, analysis and software design focuses on determining if the system is feasible as predicted and evaluating potential technological solutions (Perform Architectural Synthesis). If the development seems to be associated with little risk (because, for example, the domain is well understood, the system is not new, etc.), this detail of the workflow can be omitted.

The early development phase focuses on creating the initial system architecture to provide a starting point for major analytical work. If the architecture already exists (because it was produced in previous iterations or previous projects), it focuses on refining the Architecture, analyzing behavior, and creating an initial set of elements to ensure proper system behavior (Analyze Behavior). 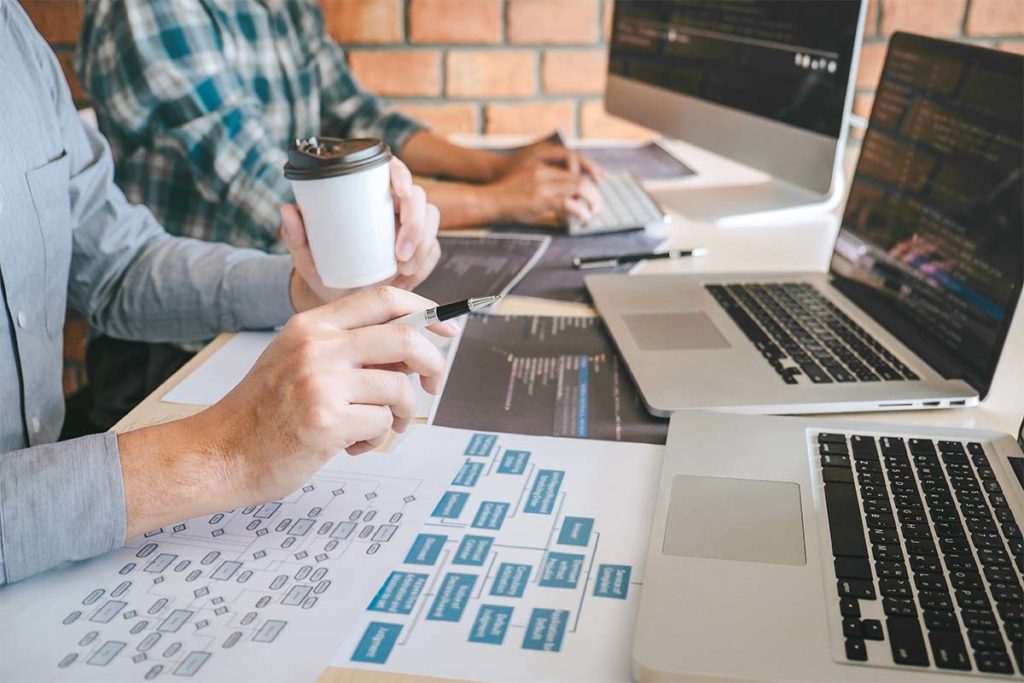 Prototypes are used in a targeted manner to reduce risk. Prototypes can reduce uncertainty about:

A prototype can help build product support by showing users, customers and managers something specific and doable.

However, the nature and purpose of the prototype must remain clear throughout its lifetime. As a rule, it cannot be assumed that if a prototype works, it should become the end product. For example, an exploratory, behavioral prototype designed to test the user interface very quickly rarely turns into a strong, resilient product.

You can look at prototypes in two ways: what they research; and how they evolve or what the outcome is.

In the context of the first view – what they investigate – there are two main types of prototypes:

In the context of the second view – their result – there are also two types of prototypes:

The goal of this stage is to transform the behavioral descriptions provided by the use cases defined in the requirements gathering stage into a set of elements on which to base the system design.

This stage of the systems analysis and software design process focuses on the following aspects of the system:

System behavior can be described and documented using a number of techniques – collaboration or interaction. This activity describes the use of interactions, particularly sequence diagrams, to describe system behavior. Sequence diagrams are most useful when the behavior of a system or subsystem can primarily be described with synchronous messaging. Asynchronous messaging, especially in event driven systems, is often easier to describe in terms of state and collaboration machines, which allows for a compact way of defining possible interactions between objects.

This stage of the software design focuses on:

Classes are the basic building block of systems and reflect the real work of the system. The rest of the software design – subsystems, packages, and collaboration, simply describes how classes are grouped or interacted together.

The purpose of this stage is the following project activities:

At this stage of the project, he focuses on the following software design works: 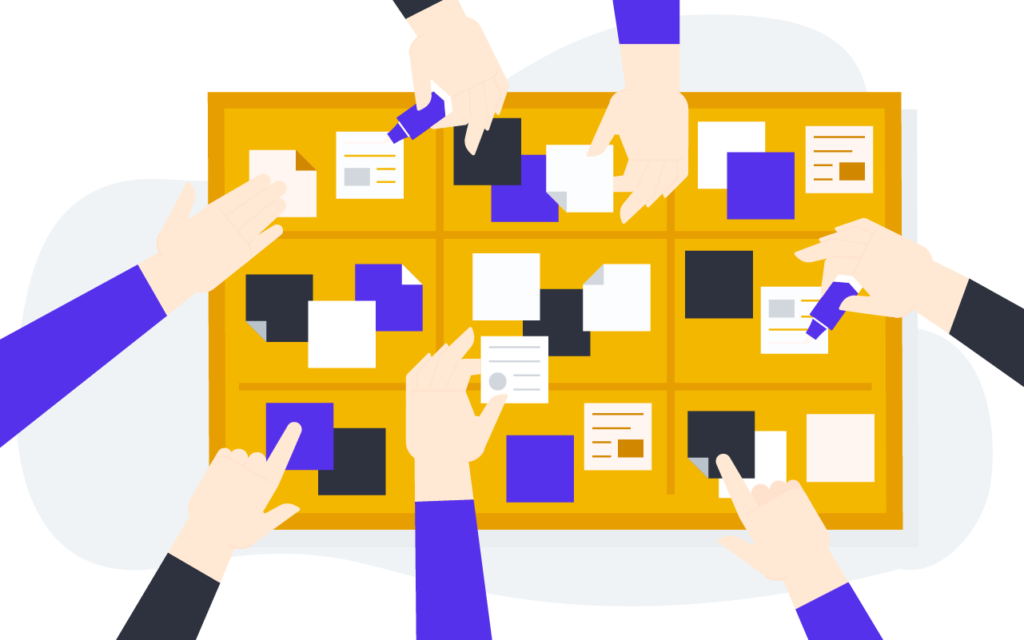 Design is important for software development

The value of a IT software design cannot be overestimated. As you can see, the good software design phase is a very important and important stage and at the same time a difficult and complicated process. Therefore, the work and experience of project teams should be appreciated. Good documentation of this stage of the IT system construction implementation allows for efficient information exchange between the members of the project team and the end customer. A good software design guarantees the efficient operation of the implemented systems. This, in turn, translates into the satisfaction of our customers.

If you are facing with software design process, please contact us. We would be glad to help you solve the problem.

How To Prepare a Good Specification Of Requirements For IT Projects

Software Deployment – Does It Always Have To Be So Painful?

Maintenance of IT Systems – Is It Necessary And Why?